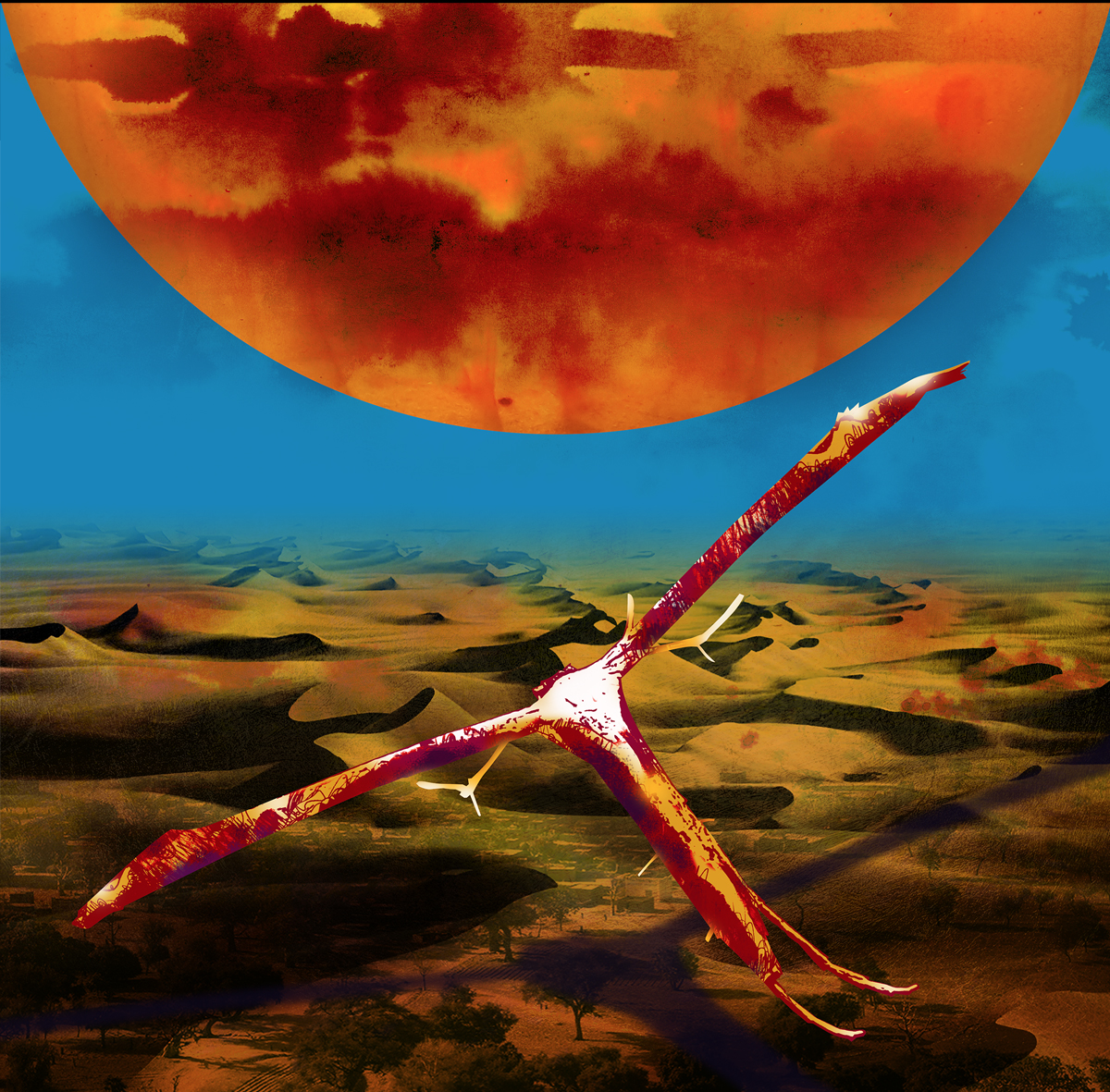 Crosswise on Romanian Graphics, and far beyond

One hundred is the round number of artists having their works displayed on the walls of the tenth edition of the Romanian Graphic Art / GR /  “Is it a lot, is it a little? Time will put in its place this attempt to bring together, and x-ray the situation of our graphic state.”  This annual event is curated and vividly defended by Ioan CUCIURCA. Graphic artist himself, during this last decade, he dedicated to the creation and perpetuity of GR. From the regulations concept to the very last detail of the catalogs, all is reviewed and perfected. Author of the GR billboard, he made of it a real signature, traveling  to, and winning, several international  poster encounters. 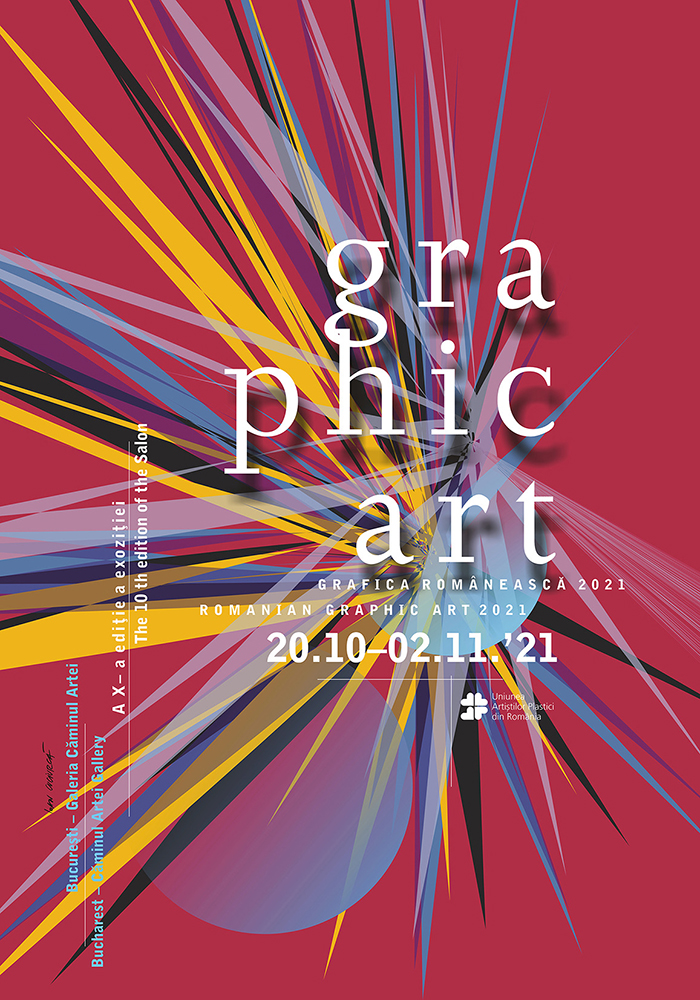 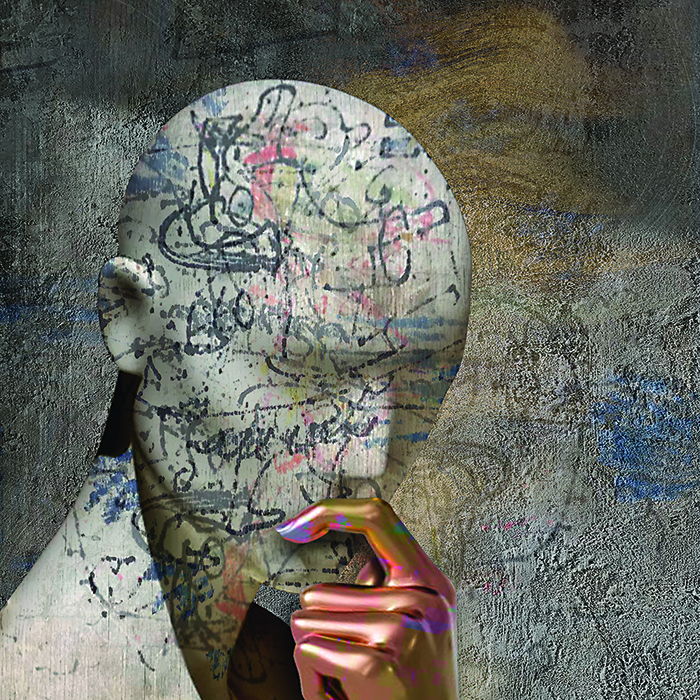 “GR is an event open to all graphic techniques, without thematic constraints. It is a mirror of current artistic preoccupations. Along with the fully trained and established artists, during this time, new names appeared in full affirmation. The participation of many of them was constant over time.

A first finding is that there are works of classical techniques ready to be multiplied. They are in a visible, constant and unfortunate diminution, being replaced by mixed techniques and by those, still, modestly digitally adopted. Some works often start from the area of ​​classic drawing and they are digitally completed in the end, receiving new valences and being ready to be multiplied on their own.

The figurative crossed by lyricism is dominant, the nonfigurative and the geometric complete the stylistic landscape. The chromatic range is in a visible nuanced status, enrichment and sometimes even exaltation. The ease of introducing digital colour has its own contribution along with the thematic switch generated by the socio-political-economic dynamic changes in Romania. During these years, changes in vision, technique and expression occurred in artist’s works. The participation has been constantly growing. The list of artists from the country, present at almost all the editions, is so long that we cannot fully depict it. Representative artists from abroad have been added to it. From Germany, Hungary, France, Canada, Argentina, more or less permanent presences enrich the Salons: Letiția GABA, Viorel CHIREA, ŐSZ Lucia, Alexandra MAS, Florin HATEGAN, Gauvri FLOKI, Theophile ARCELIN, Gwenael BILLAUD, Nicolas HAMM 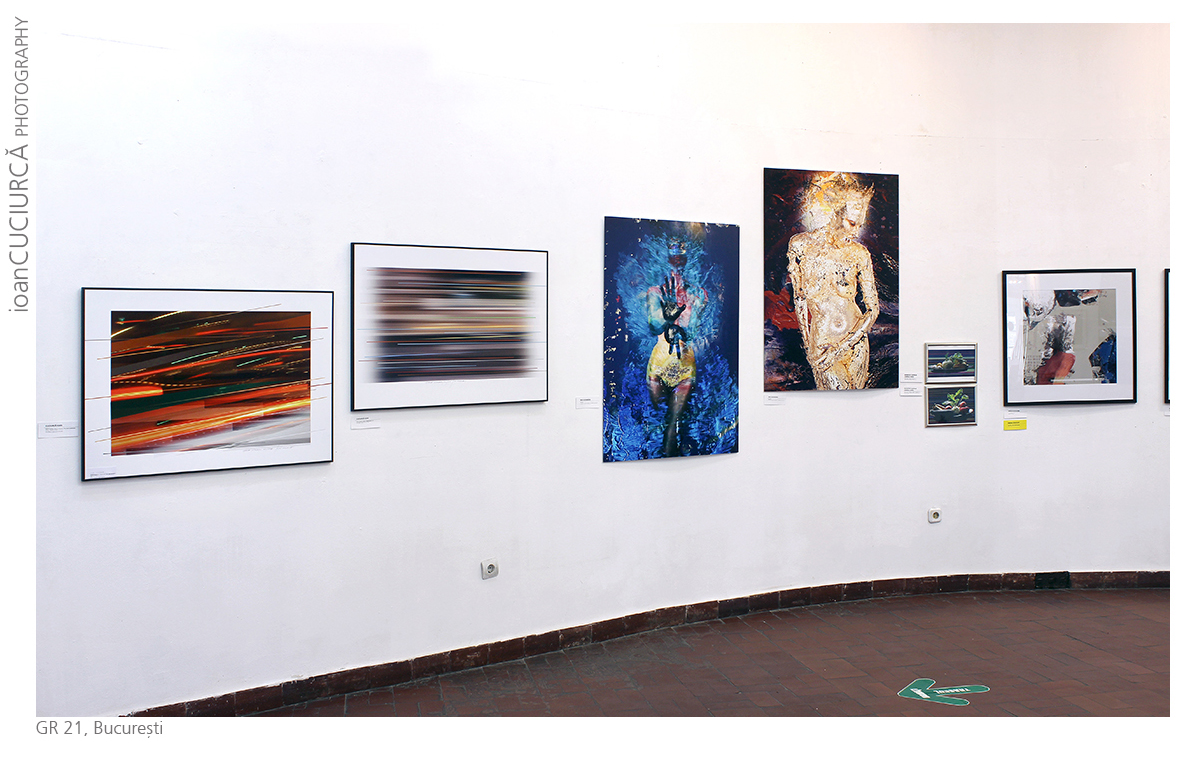 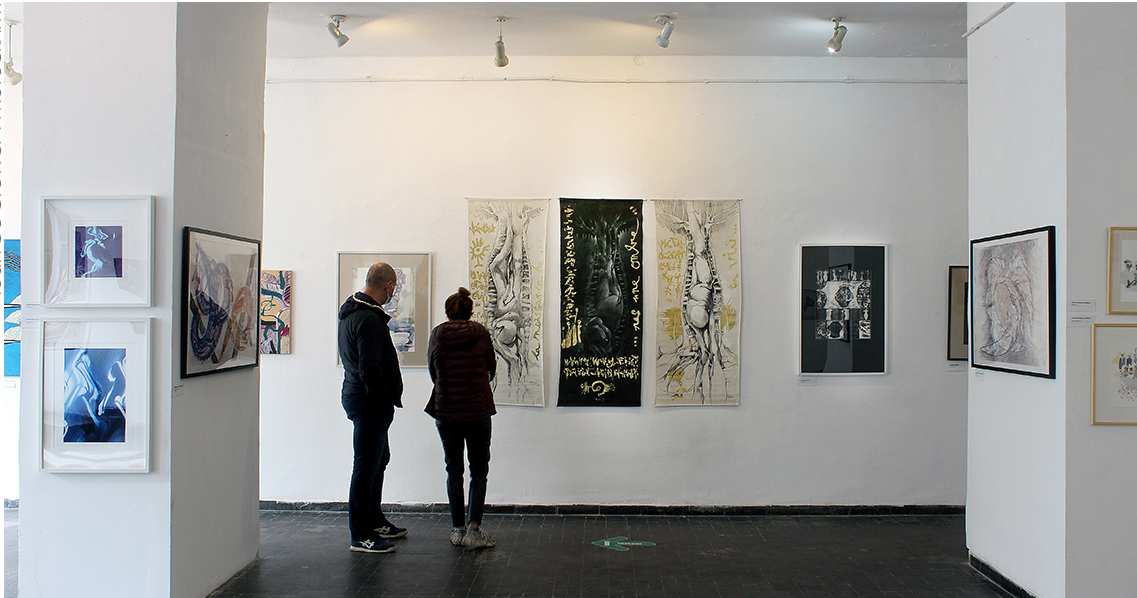 Statistics is not a standard of appreciation in art, but it can give us some valuable clues about the scale, consistency and interest of artists in exhibitions. During the ten editions of the event, approximately 300 artists participated, with over 1,400 works.

During all this time, I found with great regret the indifference with which the funding forums in the field of culture largely ignored both GR and the participating artists. We mention that the countries around us have such much larger manifestations and are decades older.

However, the constant financial contribution of the participants saved the event, making it possible to edit the ten bilingual, color-printed catalogues. They entered the main libraries and cultural institutions in the country, facilitating the knowledge and media coverage of this artistic genre and its contemporary authors. Cultural sites and magazines also presented GR editions. 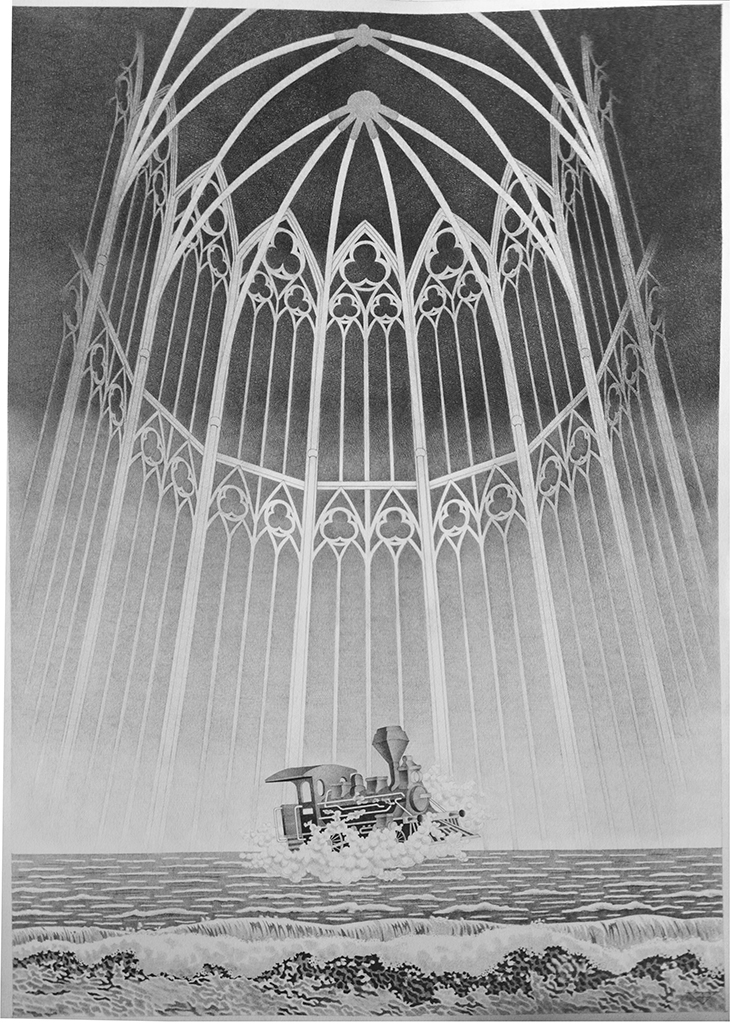 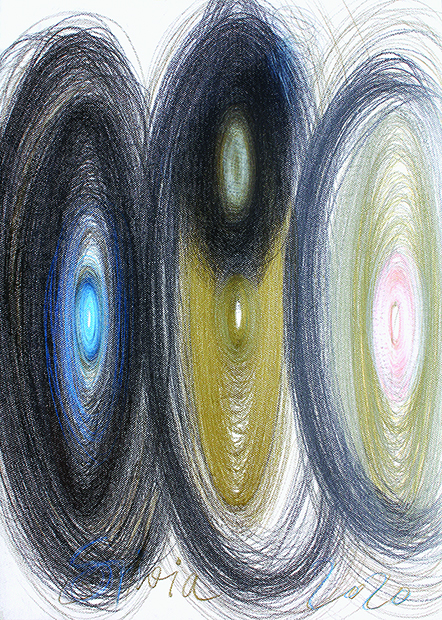 We thank the Union of Fine Arts Artists (UAP ) management for keeping this event in its portfolio, which has now reached this round figure. We thank the exhibiting artists from different generations and geographical areas, who have made it possible to outline a unitary image and a great diversity and who, through their efforts, have been supporting the passion and interest for graphics. The full list of participants and the editions in which they were present are at the end of this catalogue.

We thank the critics Adrian Silvan IONESCU, Aurelia MOCANU, Mihai PLAMADEALA, Ruxandra GAROFEANU, Doina MANDRU, Roxana PASCULETE, Ana Amelia DINCA, who, through their voice and authority, have being close to us, leaving their thoughts in the memory of paper, radio, but especially in our consciousness and souls.

Iosif STROIA – SPACE IS NOT THAT FARAWAY, colour pencil

The list of thanks should go on with graphic designers who contributed to the selection of works for the editions of the event, and you can find it in each catalogue colophon. I especially remember and thank the artists, friends, IT specialists, who, through their efforts, perseverance, encouragement, direct and concrete effort, have contributed unconditionally since the first editions until now for the manifestation to continue and become visible.

The illustrated artists have received the GR diploma  for the decennial achievements : 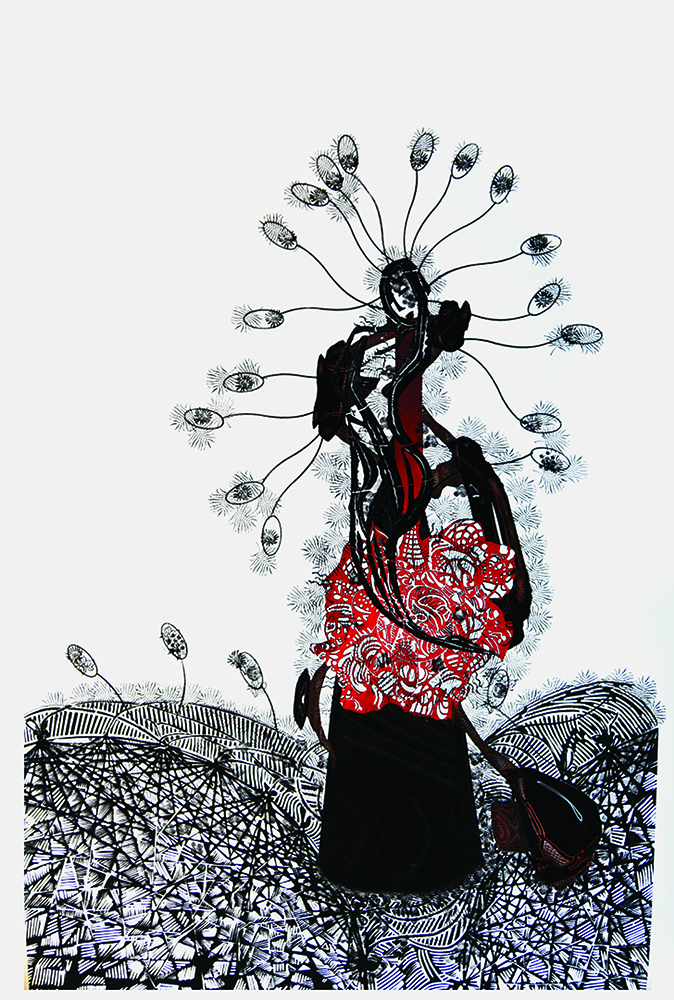 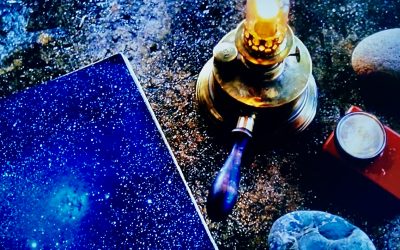 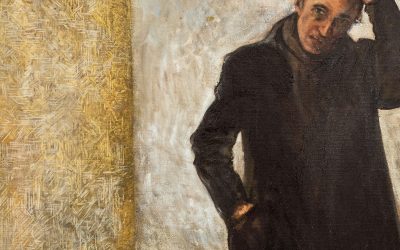 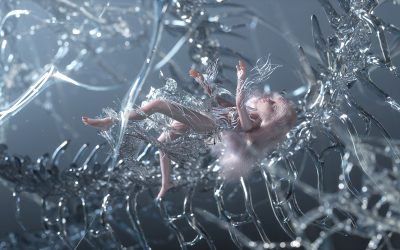