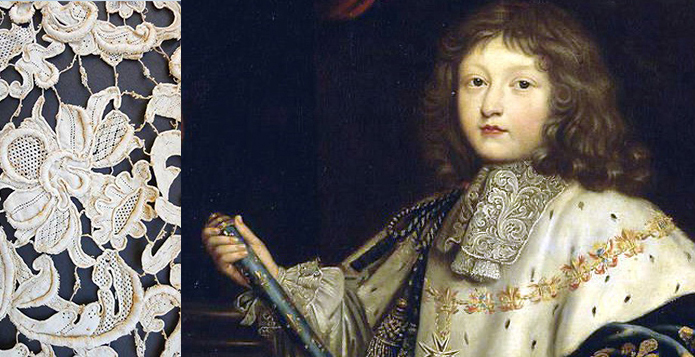 Louis XIV th in coronation dress, painting by Henri Testelin and a detail of tagliato fogliame merletto before 1600

It is believed to be born (as attested by historians) in Venice at the end of the fifteenth century into the hands of the Venetian noblewomen immersed in the refined environment: art music poetry literature furniture clothing. You only need to remember the Venetian palaces’ facades such as Cà D’Oro or Palazzo Ducale with their imposing and elegant double, triple, quadrilobate windows. (but probably it arrived much before this in the Burano and the Pallestrina Island where older bobbins have been found)

The first publication mentioning it: “Noble end Virtuous Ladies’ Crowns” (Corona delle nobili et virtuose dame) by Cesare Vecellio 1591 . But there are also many paintings, it is sufficient to observe them in the Venetian palaces ( for example: portrait of Paolo Querini by Sebastiano Bombelli 1684 – Pinacoteca Querini Foundation, Venice) 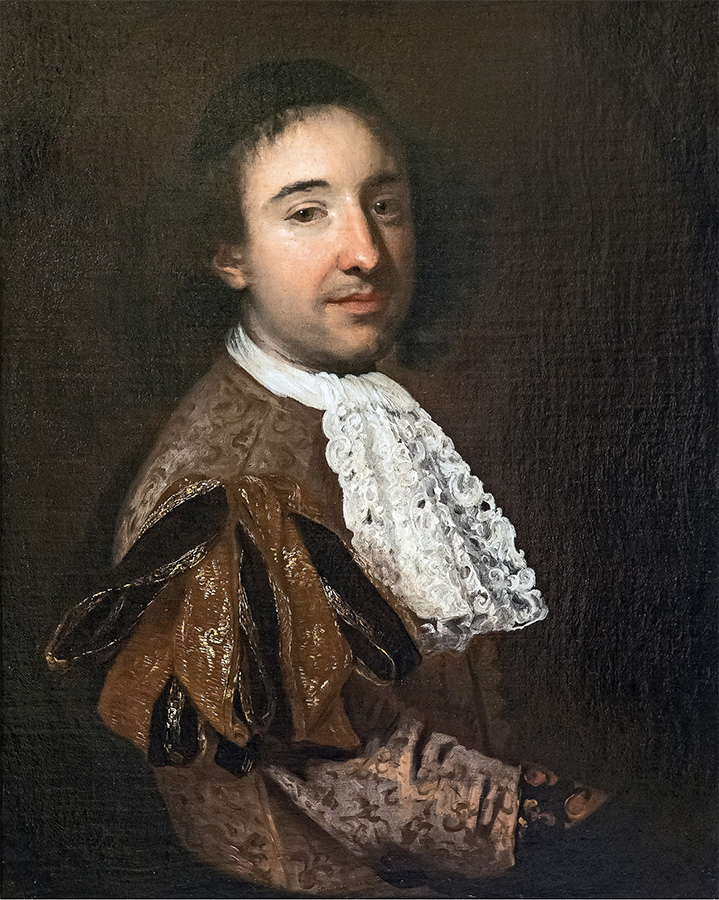 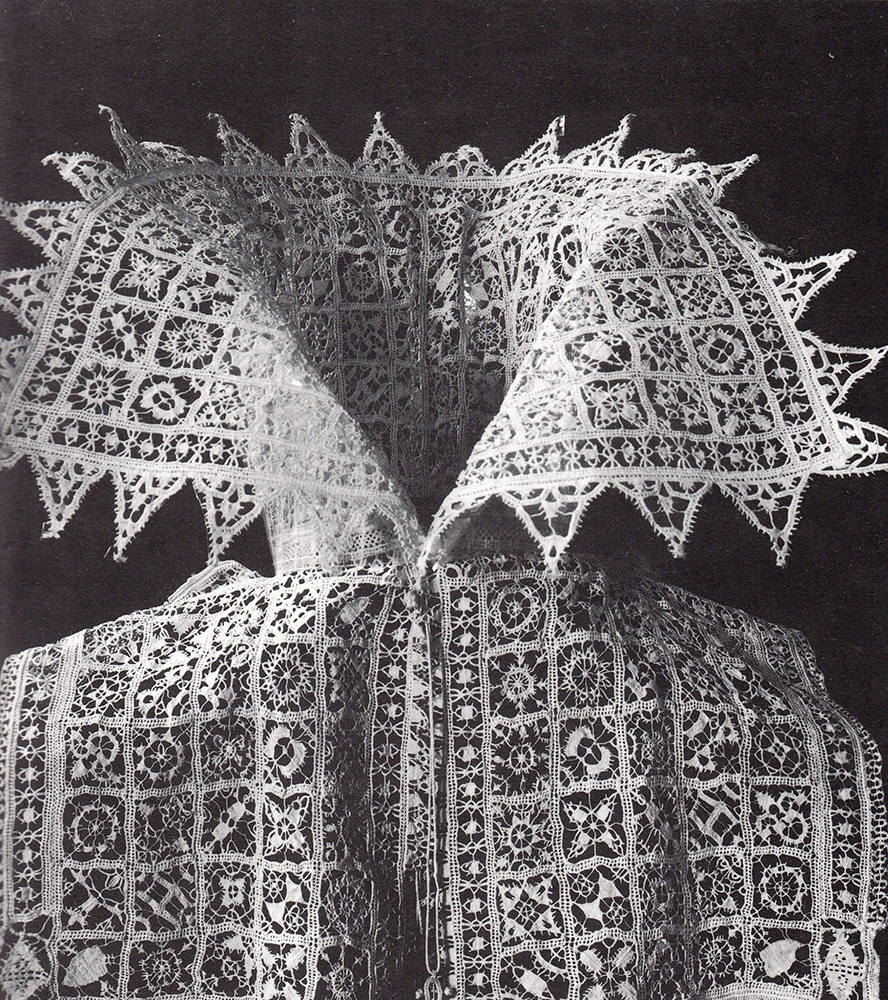 Aristocratic heir of this embroideries, from which he draws the ancient points to create new amazing precious examples “built” point by point: Merletto Pizzo or Trina are synonyms of aerial, perforated artefacts.  The 15th century Reticello: made on a background of pulled threads (still on the fabric) covered with various points, filling the gaps to form ever-changing decorations, for example: ladies and knights, zoomorphic phytomorphic motifs and even small musical instruments. `

The Punto tagliato fogliame – foliage cut, high relief,  resembling the ivory jewels, was made in XVI th century. This is executed on a background of large flowers filled with various “ghipur” points enriched with Venice point and embossed with padding on the contour of the flowers. It’s Great success is due to the Sun King, Louis XIV th who commissioned a collar for his coronation, made with … very fine white hair. 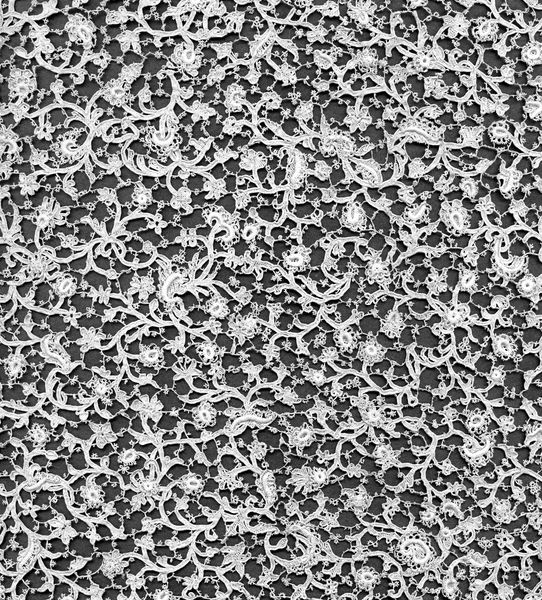 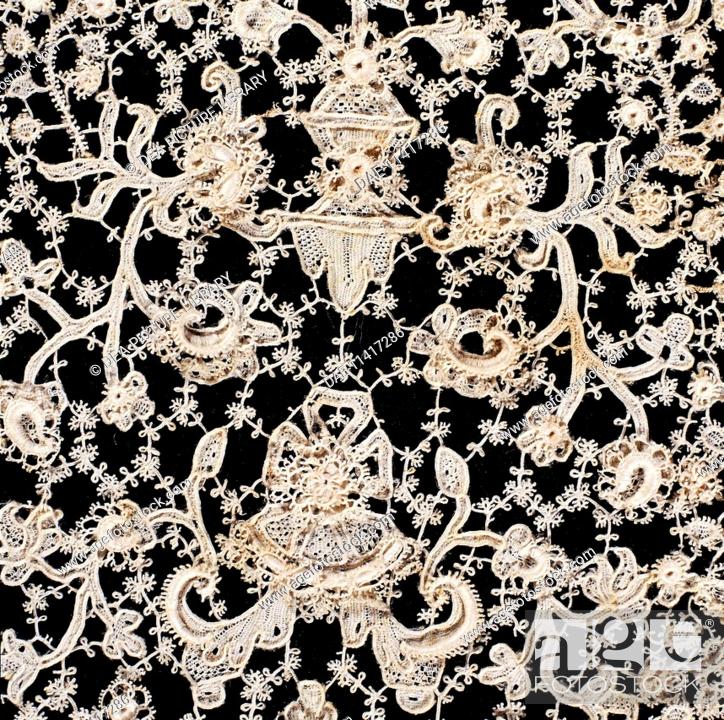 The Punto Corallino – Coral Point (XVII th – beginning XVIII th) comparable to the goldsmith’s filigrane is mostly a phytomorphic motif, difficult to achieve due to its lack of volume (which also serves to hide the knots!) It fame will arive in the XVIII th century for being this light.

Later this century the Burano point is created – a tiny refined thread net – precious artefact that will make the island’s fame.

Naturally, when the nobility began to adorn it, patrician women taught it to the less fortunate Venetians: in convents, orphanages and in detention centres. This allowed them to earn  money to redeem themselves from their conditions. Soon all the European aristocracy and the High Clergy, by emulation, desired the Venetian needle lace.  They even tried to copy its secrets… 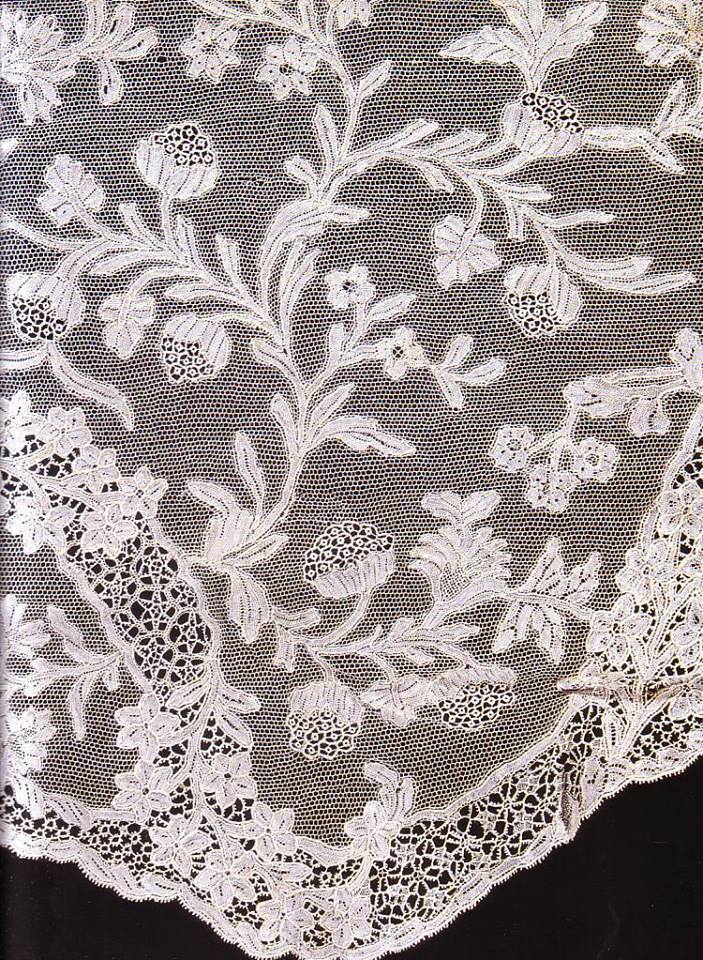 Colbert, Minister of the King of France had about twenty workers “kidnapped” (in reality they were most likely well paid) to teach French embroiderers. Venice replied with the death sentence if they did not return! They never did…This is how much the Serenissima cared about its arts, back then.

They were inserted in clothing as authentic jewels (which they are); made entire wedding veils, like the one worn by Elena of Montenegro; or the bobbin of Pope Pius XI th; or the cradle veil of the Savoy Princess. Absolute fashion items, they were collars, cuffs, handkerchiefs, on trousers edges and even on men shoes. Thousands of women in Venice its islands engaged in the creation of authentic masterpieces that we can still admire today by visiting the Burano Lace Museum.

A crisis arrived with the nineteenth century due to mechanical production, even if bourgeoise garments and liturgical sacred vestments continued to be produced. Worst than that, in 1851 Venise lost its free port and in 71 a great cold made the lagoon freeze. Burano was in desperate conditions, with lack of vital things. On this background story the “Burano Lace School” was founded in 1872 by Countess Andriana Marcello under the patronage of HRH Queen Margherita of Savoy. The first teacher was Vincenza Memo known as Cencia Scarpariola with only 6 pupils, like Anna D’Este Bellorio. The beginning might have been difficult but soon the lace returned to its ancient splendour and the School, for a century, obtains successes in all the events in which he participates and gives fame to the island. In 1906 there were 600 students. 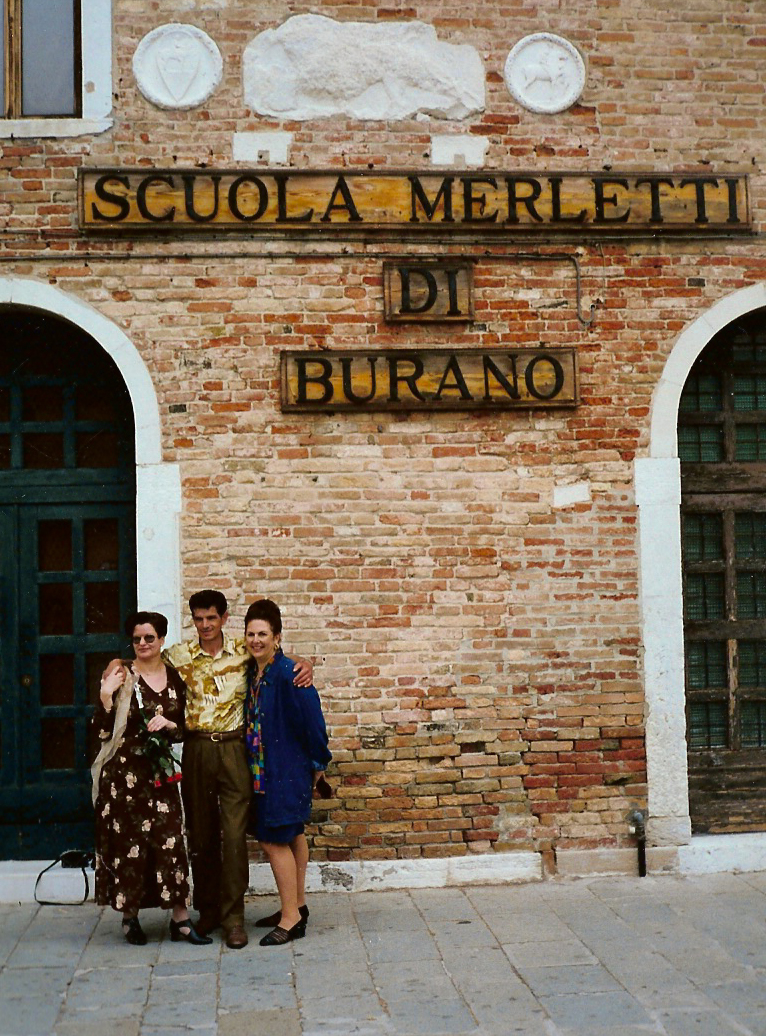 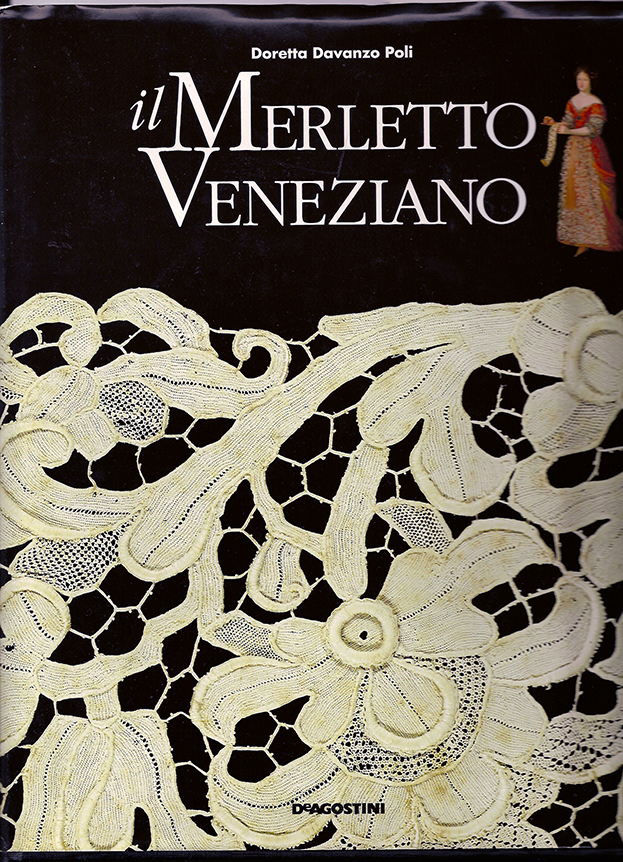 Other Schools (which are now restaurants) Olga Asta, Jesurum, Raniero e Gabrielli the most famous, as well as smaller ones, more like home workshops appeared in time.  The real quality and perfection was still guaranteed only by the Burano Merletto School. Its delightful Gothic building, owned by Count Girolamo Marcello, heir of the famous Countess, is today the Lace Museum, part of the Venetian Museums Foundation. Here scholars and lovers of this precious High Artistic Craftsmanship are able to contemplate and understand authentic lace in all its value.” 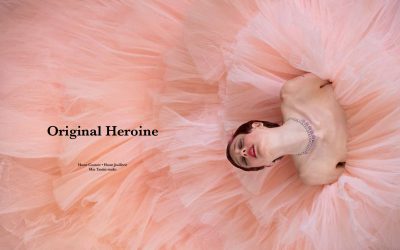 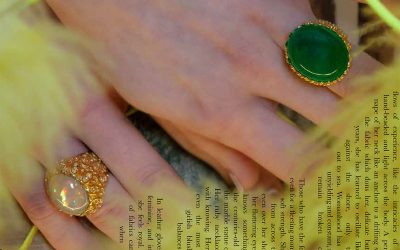 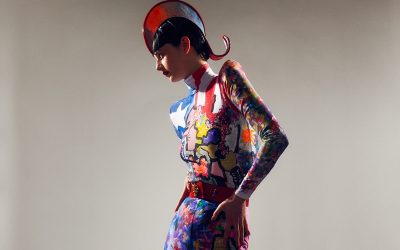